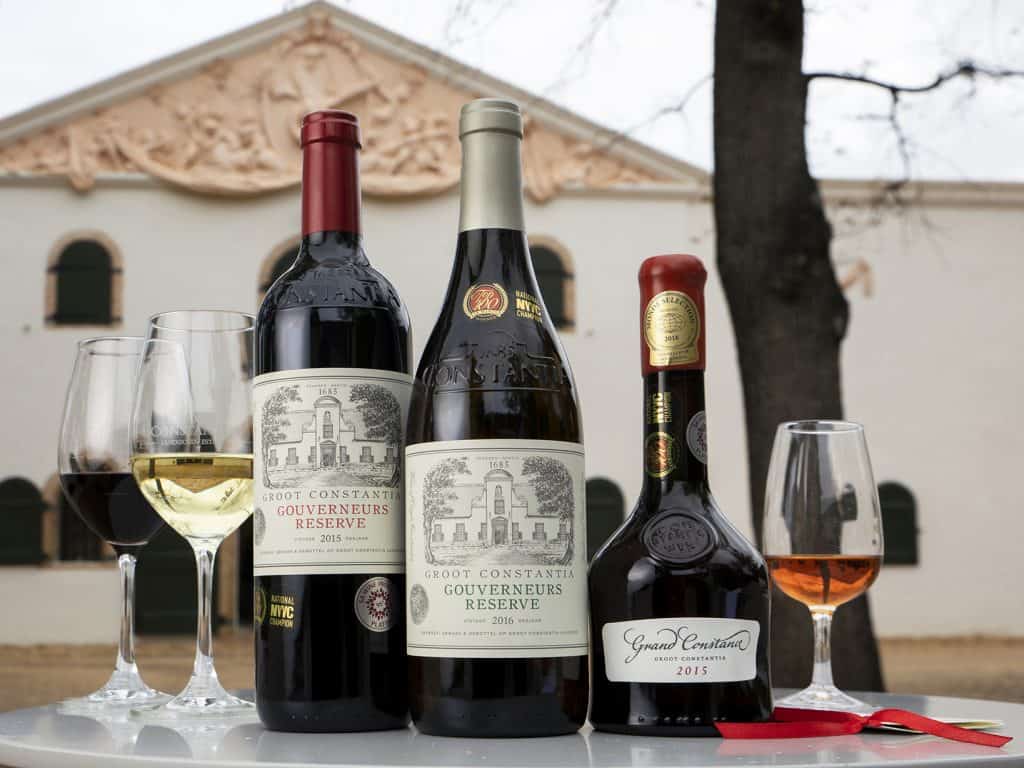 The International Wine & Spirit Competition is an annual, UK based wine and spirit competition founded in 1969. Each year the competition receives entries from over 90 countries worldwide.

A panels of hand-picked industry experts judge entries over seven months of the year. The competition runs a structured and rigorous two-stage judging process, first using the ‘double blind’ judging method, meaning samples are tasted in pre-poured numbered glasses so that judges never see a bottle. Judges taste no more than 60 samples a day to avoid palate fatigue, and each product is judged by a whole panel in sync, allowing for group discussions. The second stage of the judging is the detailed chemical and microbiological analysis, which is undertaken by an independent third party.

“The winning of these recent awards are a fitting accolade to celebrate Groot Constantia’s momentous 333rd birthday,” says Jean Naudé, CEO of Groot Constantia. “This estate is South Africa’s oldest wine producing farm, with an uninterrupted history of wine production that stretches back over three centuries. 333 years later and the Groot Constantia wines continue to move from strength to strength in the international arena – having collectively won well over 100 gold awards from across the globe in the past decade alone.”

“This international recognition is the result of years of hard work and we are extremely pleased to consistently bring awards home which represent a wide spectrum of varietals – underlining the versatility of Groot Constantia as a precious and unique estate with an exceptional South African terroir,” says Boela Gerber, winemaker at Groot Constantia.