Grant Newton, the Sales and Marketing Manager for Groot Constantia, the oldest wine farm in South Africa and the only wine estate that is a member of the Big 7 Tourist attractions in Cape Town, has been elected onto the board of Cape Town Tourism.

Newton, who has been involved in the wine and hospitality industries in South Africa for the past twenty three years, is passionate about tourism and destination marketing and says that during his three year tenure on the board of Cape Town Tourism he will be striving towards removing the whole idea of seasonality in Cape Town.

“Tourism brings with it the obvious economic, environmental and socio-cultural benefits.  However, there is far too much focus on a tourist “season” which is unnecessary and unfounded – especially for a city in Africa where our climate is so conducive to year-round tourism,” says Newton. “Cape Town is a seasonal destination, when you look at the numbers, but there’s absolutely no need for us to have peaks and troughs throughout winter.”

“We have a wonderful product, a wonderful destination, so many things to see and do and of course wonderful weather – we need to stop selling ourselves short. Wine Tourism is a great example of an industry that thrives during the cooler months.  Think red wine, hearty food, crackling fireplaces and you can understand why.”

Cape Town Tourism has announced that they are planning an accelerated winter campaign for 2015 with events forming a central role in increasing and spreading visitor numbers across the calendar.

According to Newton a strategy of establishing events as a draw card is a proven one that has been used by others cities in other countries successfully.

“Cape Town must be presented as a year round destination – by comparison to the rest of the world, our winters are relatively mild.  Offering ridiculous specials during the winter months does very little to further enhance our image – we are already a great value international destination thanks to the weak rand and we need to stop apologizing to the world for a bit of wind and rain,” says Newton.

“It is important that destination marketers strengthen engagement with potential travellers through the strategic use of the internet and social media. This allows us to make information about a holiday in South Africa more accessible to potential tourists. Globally, social media has become a very powerful tool for the travel industry as more people are relying on word of mouth when planning their holidays.”

“I am looking forward to being on the Cape Town Tourism board and to working towards a year round ‘season’ for this beautiful city,” concludes Newton.

Groot Constantia is South Africa’s oldest wine farm – in existence for 329 years this year.  Wine has been produced on the estate without interruption since 1685 when Commander Simon van der Stel of the Dutch East India Company (VOC) was originally granted the land on which Groot Constantia stands.

During the Eighteenth century, wines produced in the cellars of the Groot Constantia estate received international acclaim for their superior quality. In fact, before his death in 1821, Napoleon had 30 bottles of wine, produced in Groot Constantia’s cellars, shipped over to St Helena every month to ease his exile.

193 years later and the cellars of Groot Constantia are still producing notable, exclusive and desirable wines – which have won 82 gold medals since 2003.

Groot Constantia has changed hands many times over the centuries of course and is now a National Monument and a living museum with the task of preserving the history and cultural legacy of the South African wine industry for the people of South Africa. The current owners of the estate, the Groot Constantia Trust, a non-profit company, has ensured that Groot Constantia is beautifully maintained and operated to the highest standards – delivering a top-quality experience to visitors.

The estate boasts two top-notch restaurants, Jonkershuis and Simon’s where visitors can eat after they have finished exploring the beautiful old manor house Iziko Museum and its surroundings. Visitors can also enjoy a cellar tour and wine tasting in the recently upgraded tasting room.

This is the only wine farm that is a member of the Cape Town Big 7 tourist attractions. The other members include Table Mountain, the V&A Waterfront, Robben Island, Kirstenbosch and Cape Point. 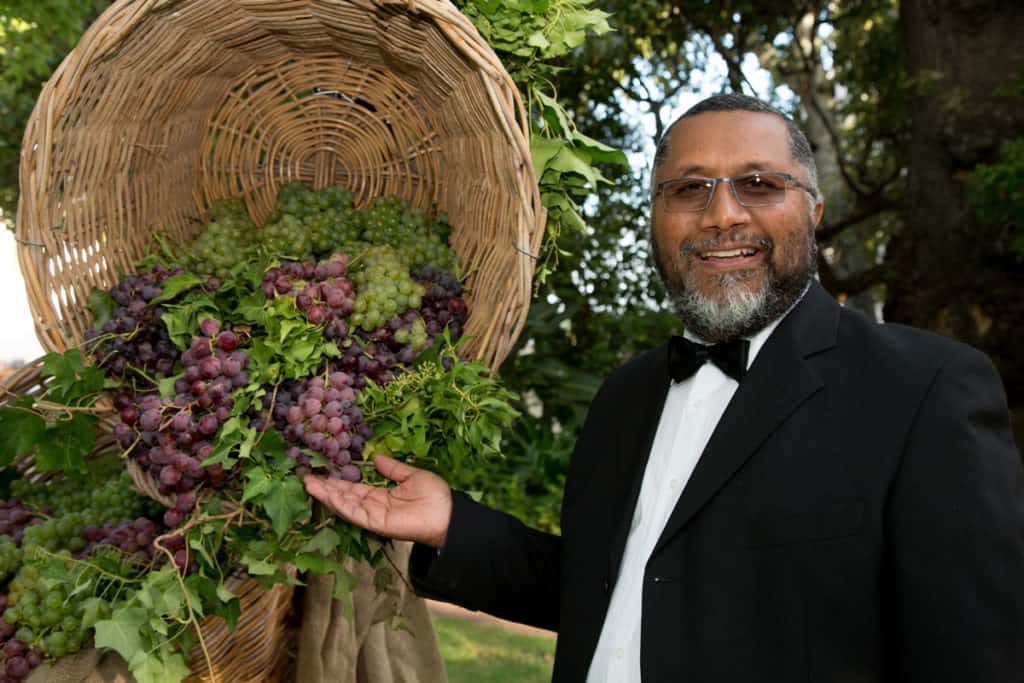