What a night, Groot Constantia in the evening is spectacular

Low tables and chairs dot the area outside the Cloete Cellar overlooking the ponds and long tables are replete with sparking glasses and an array of Constantia wines. Dignitaries and invited guests were treated fine wines accompanied by delectable canapes from the Jonkershuis restaurant. As the sun began to set the mountains and vineyards were bathed in gold, fairy lights add to the festiveness of the occasion and guests sip, taste, mingle and chat before the speeches and the official opening of the Wine of Exile exhibition. Darkness fell and guests wandered inside the Cloete Cellar to look at the exhibits or enjoyed the coolness of the evening air, lingering as long as possible at this exquisite and historic venue. 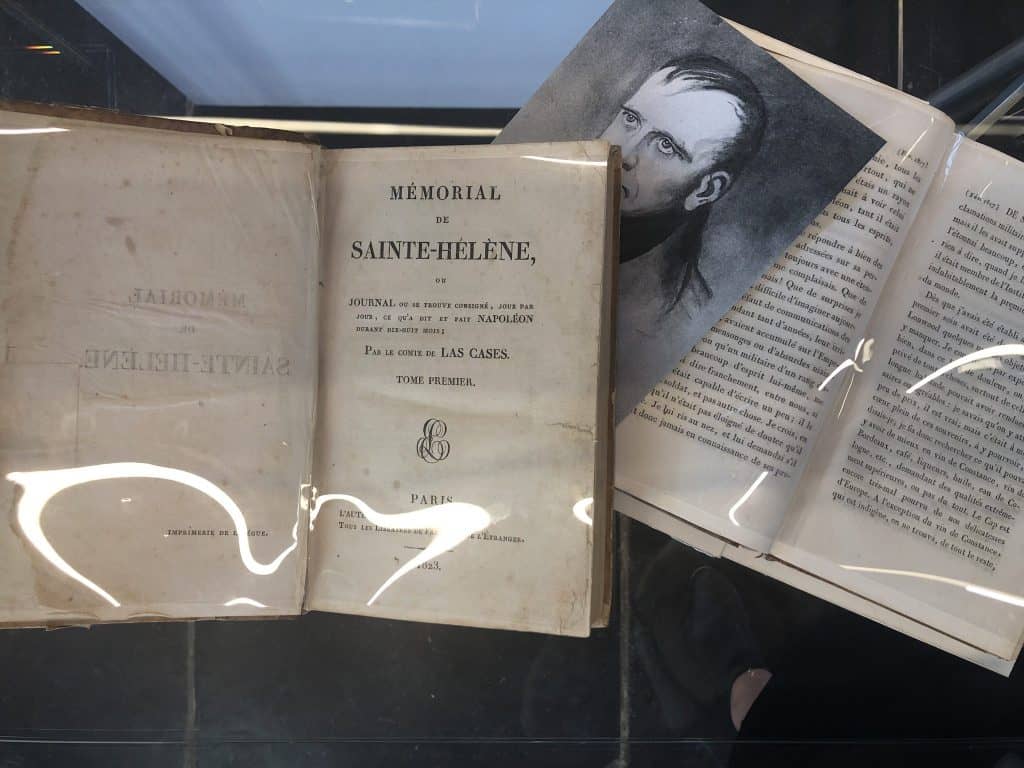 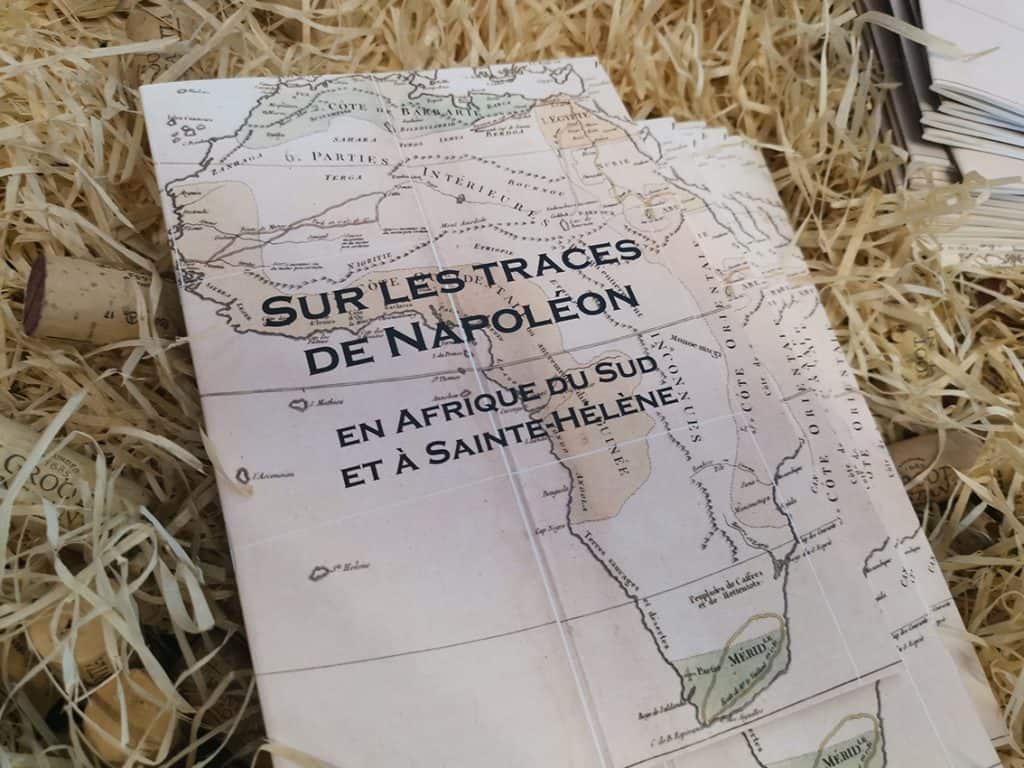 To commemorate the 250th anniversary of the birth of Napoleon, Groot Constantia in collaboration with Iziko Museums, the French Embassy of South Africa, the Napoleon Foundation, the Government of St Helena, and the French National Domains of St Helena launched the Wine of Exile exhibition at a gala event at Groot Constantia on 21st February 2019.

The connection between Groot Constantia and Napoleon goes back to the eighteenth century when the excellent quality sweet wines of Constantia were known throughout the world as “Constantia Wyn”. Grand Constance, the French translation for Groot Constantia, was an established brand revered in the time of Napoleon, Louis Phillipe (King of the French) and Frederic the Great of Prussia.

During his exile on Saint Helena Island from 1815 until his death in 1821, Napoleon placed a monthly order for 30 bottles of Grand Constance wine, perhaps to ease the misery of his banishment. It is said that on his deathbed, he asked for a glass of Grand Constance. 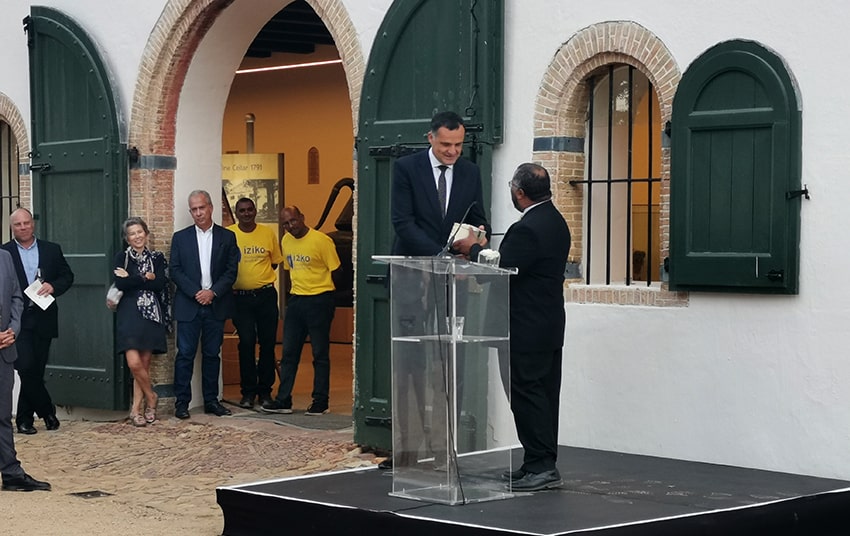 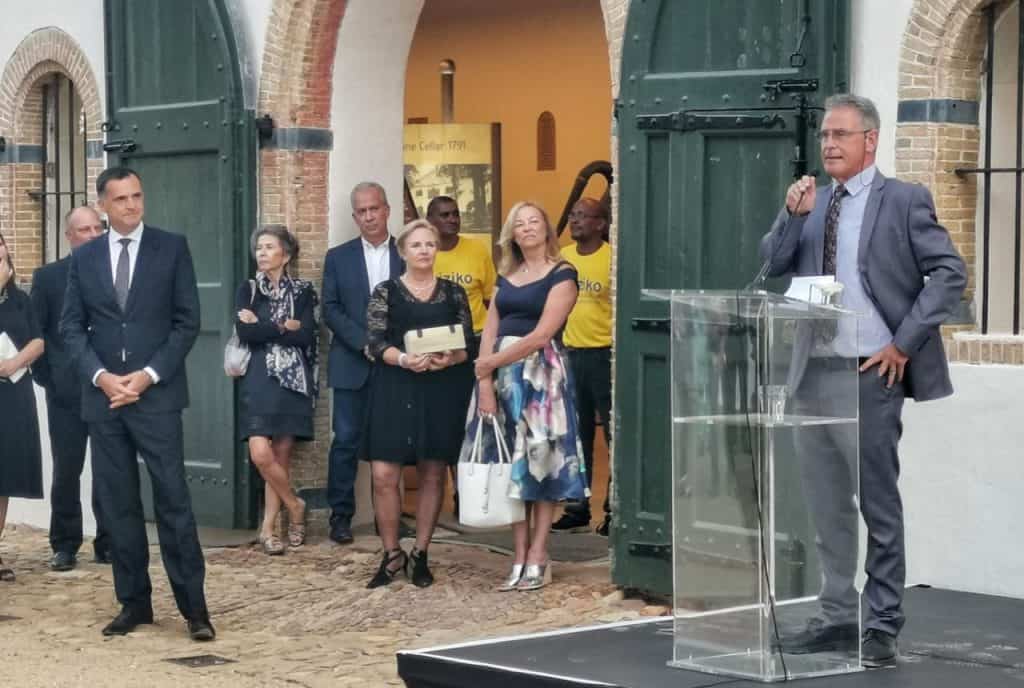 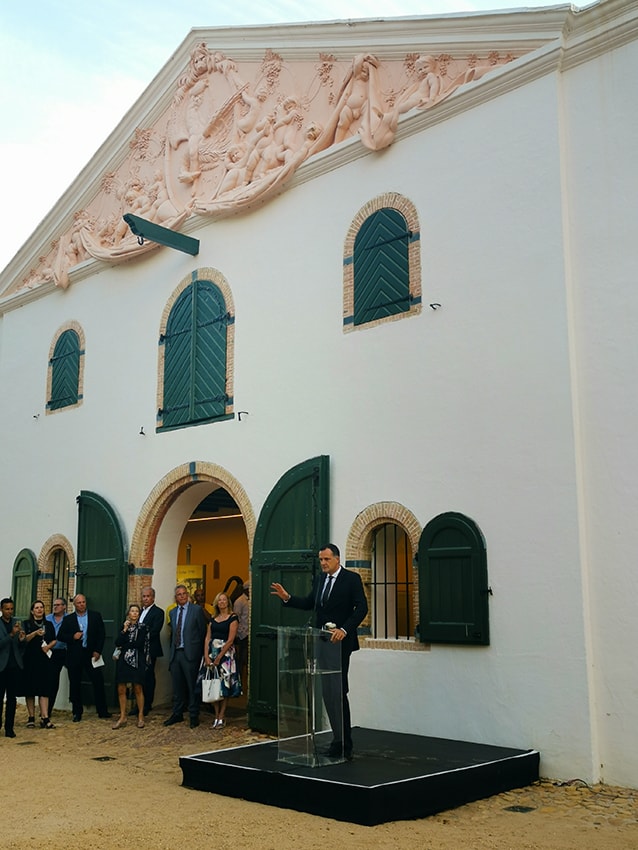 In the words of Her Excellency Ms Lisa Honan, the Governor of St Helena, Ascension and Tristan Da Cunha, at the launch of the exhibition “we commemorate the life of Napoleon through this wine”.

Her Excellency then held the guests captivated with her description of life on Saint Helena, urging us to visit this historical South Pacific island that forms part of the history of South African wine.

His Excellency the Ambassador of France to South Africa, Mr Christophe Farnaud stated that we should visit to “drink the wine where it should be savoured, on St Helena Island.”

The Cloete Cellar at Groot Constantia is where you will find the Wine of Exile exhibits which include some fascinating relics and documents. A collection of cut glass crystal wine goblets and glasses, an exquisite glass decanter made especially for use on board a ship with a wide base and sloping side for better stability, drawings, notes and personalized items of Napoleon stamped with his initials. 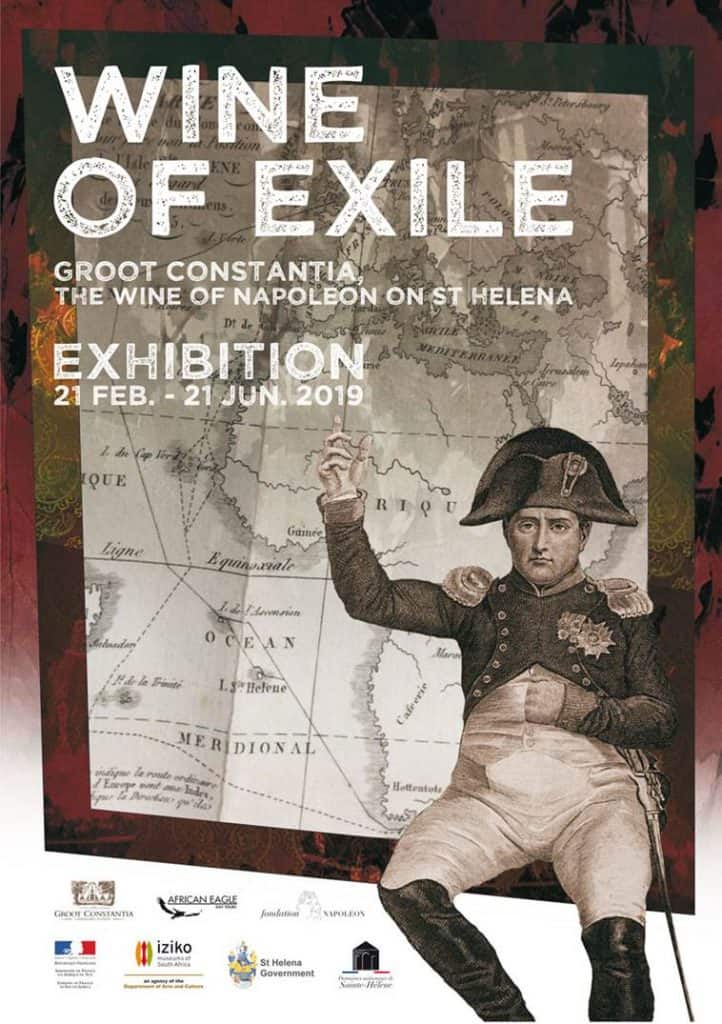 Bottles and relics of Groot Constantia wines dating back to the period between 1740 and 1860 have been found in a castle in Belgium, on a beach in Delaware, at an excavation site in Germany and at the bottom of the ocean near Stockholm.

When Groot Constantia decided to reproduce this sweet wine, acclaimed wine maker, Boela Gerber and the team conducted exhaustive research into the original recipe, which involved much experimentation, lab testing and sampling. Boela finally came up with a recipe that he tweaked to appeal to the modern palate, using a blend of red and white Muscat de Frontignan grapes from the block right next to the Groot Constantia Manor house.

Boela’s wine making style is one of minimal interference and working with nature rather than against it. He believes all good wine starts with the quality of the grapes which he monitors closely. He says “I want to express a sense of place in all our wines, a taste of Groot Constantia’s character,”

The colour, design and labelling on the bottle emulates that of the originals from hundreds of years ago.

The grapes are grown at about 80m above sea level and have a long ripening period to allow for plenty of sunlight to produce the sweet nectar. After picking they are fermented in their skins for about a week before being pressed and put into barrels to mature for a further 2 years. 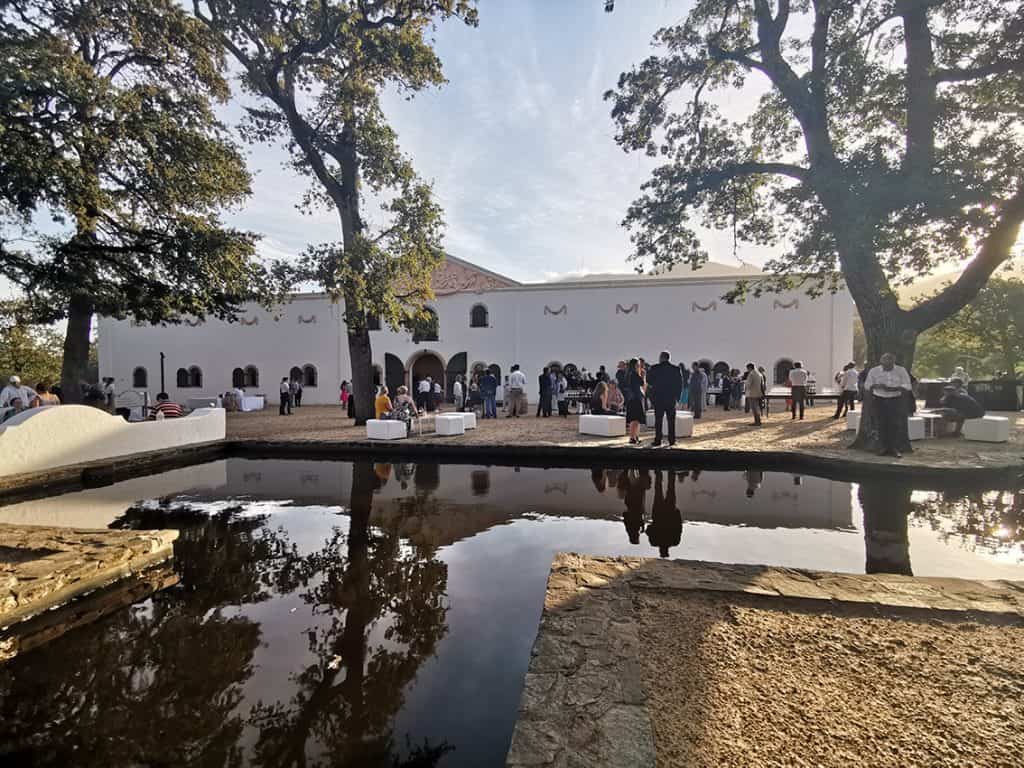 The exhibition will run until the 21st of June and is included in the Visitors Route ticket.

Written and photographed by Di Brown aka ” The Roaming Giraffe”.
She enjoys exploring new places through the stories of the people, she loves being outside, in nature or on a beach. And she is having the time of her life experimenting, failing and spending thousands of hours on the same beach taking sunset shots of Table Mountain. Or here at Groot Constantia.

The best way to get to Groot Constantia