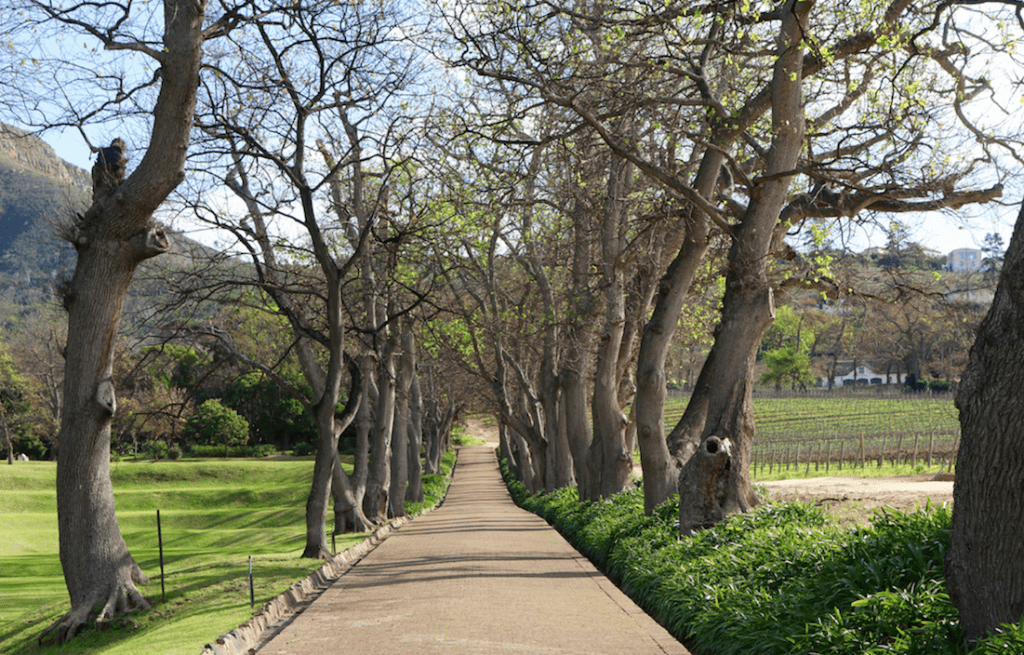 Cape Town’s Groot Constantia recently celebrated 333 years of winemaking with a gathering of media, winemakers and friends, who enjoyed the fine produce of the valley as the three key aspects of old meets new were proudly highlighted.

The HISTORY – marking 333 years of wine-making in the Constantia Valley. The MODERN endeavours of innovation in the vineyards and estates. The VARIETY of experiences on offer on the 9 unique wine farms in the valley. It was a wild and stormy night, warmed by the palpable sense of community that lifted the spirit.

The History of Winemaking in South Africa

South Africa’s winemaking history began after Jan van Riebeek arrived in Table Bay in 1652. Tasked with setting up gardens to provide fresh produce and livestock to the ships passing between the West and East, within three years he had also planted the Cape’s first vines in what is now known as The Company Gardens.

It was twenty years later though that Simon van der Stel would launch the Cape’s wine industry. Appointed as the Cape Colony’s first Governor, he had been trained in viticulture and sent numerous soil samples from all over the Cape back to Europe to be analysed in a bid to find the best place to set up a vineyard. Van der Stel eventually chose a piece of land to start planting, calling it Constantia. Within a few decades, the Constantia wines were being enjoyed around the world, and today as the oldest wine-producing farm in the country, remain a proud heritage. 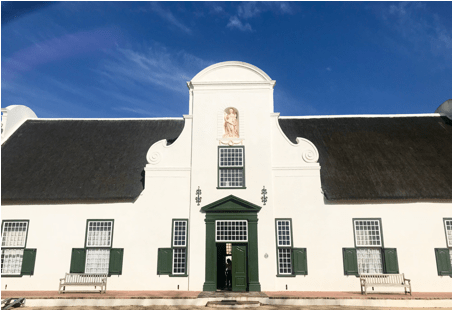 Once Van der Stel had acquired the 891 morgens of land, he started what would become the country’s wine industry, with Emperors and Kings such as Frederick the Great of Prussia and Louis Phillipe (King of the French) of France buying ‘Constantia Wyn’ at auctions across Europe. South Africa’s oldest wine appeared in Jane Austen’s novel ‘Sense and Sensibility’ as a cure for a broken heart and is drunk to lift a character’s spirit in ‘The Mystery of Edwin Drood’ by Charles Dickens. It is said to even have soothed Napoleon during his exile on the island of Saint Helena.

Groot Constantia wine appeared in Jane Austen’s novel ‘Sense and Sensibility’ as a cure for a broken heart. 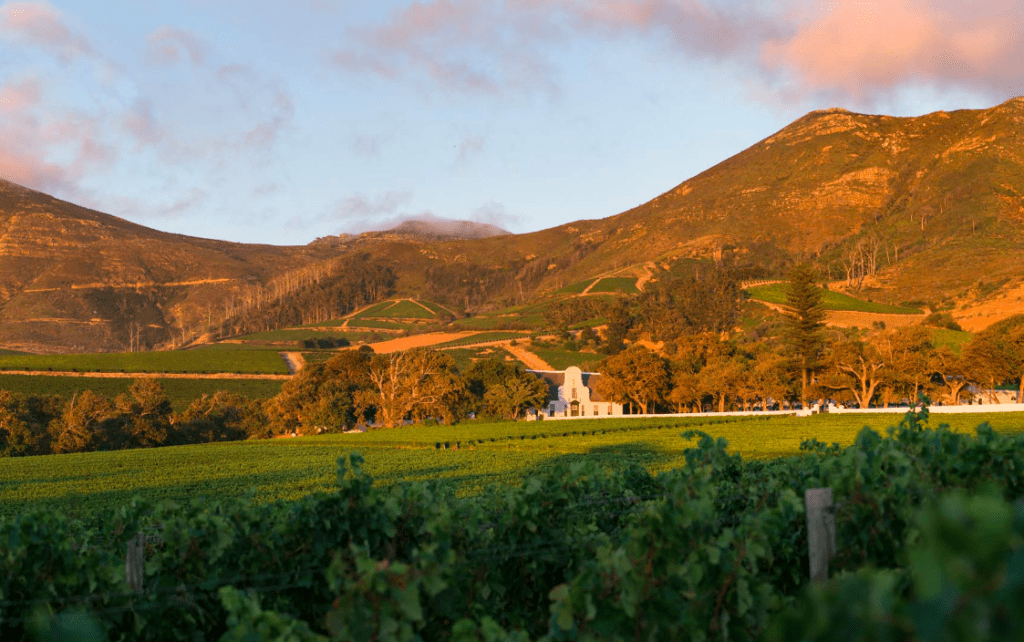 A word from Floricius Beukes

Arriving to my appointment with Flor, aka Floricious Beukes, the Viticulturist and Estate Manager at Groot Constantia, we immediately climb into his bakkie, deciding that driving the land as we chat is the best way to go about the time we’re set to spend together. He is warm, passionate and very humble. His commitment to the land is infectious and his message speaks clearly of the reward being directly linked to effort.

‘As a farmer, what you put in, you get out. Farming with a real consciousness means you play a direct role in what you will leave behind, as you will one day share the rewards of that effort with future generations’. He admits that he is lucky to have the team buy-in, with the CEO and Winemakers speaking the same green language of the heart.

As part of the agricultural practice, Groot Constantia maintains the tradition of pruning by hand as this ensures the quality of the vines and the yield of the final harvest.  This process allows each vine to be examined carefully, leaving only 2 “eyes” or buds per branch, ensuring enough space for the new leaves to unfold, and the flower to blossom and produce ripe berries. As we head up to the top of the estate, we see a team in the vineyards, working their way through the rows of vines, secateurs in skilled hand.

Flor reminds that globally, farmers are still learning about eco-agriculture and responsible farming methods, evolving to work with the living vines in their natural cycle. Yet the cycle extends beyond this point. The vines grow, fruit, and wilt over the four seasons. After each harvest, there are plenty of cellar wastes – the grape skins, pips, stalks and more. All of this waste, combined with alien plant species removed from the farm, is made into giant compost piles. ‘We make our compost on the farm, which turns into the organic fertilizer we use on our vines and gardens.’

With regard to pest control, Flor shows me the “yellow houses” placed around the vines as insect traps that use pheromones to attract the bugs. Over the last decade, they have also introduced ladybirds to the farm to help control the mealybug population.  ‘These are all eco-friendly pest controls put into practice to minimise the impact on the environment.’

Throughout I see the efforts of erosion prevention and control, with carefully dug furrows ensuring all rainwater makes it’s way to the dam, to be collected for the dry season. No pesticides are used on the Estate, here biodynamic practices are the inspiration behind the nurturing of the soil. As Flor points out, the soil is the most valuable, if you want good wine, it has to start on the land.

The soil is the most valuable commodity on a wine farm, if you want good wine, it has to start on the land.

There is a rich bird life to be enjoyed with resident owls and falcon (a great way to control the rat population) regularly spotted, and Flor has even come across a lynx on the farm recently, right above the dam, a welcome reward for all the effort that goes into treating this environment, and land, with it’s entitled respect.

In parting, I ask Flor what message he would like to leave me with, he profoundly says: ‘This is a very special piece of land. It’s history can’t be ignored, but our mission is to preserve the present as we look towards the future. We take lessons, and look forward.’ 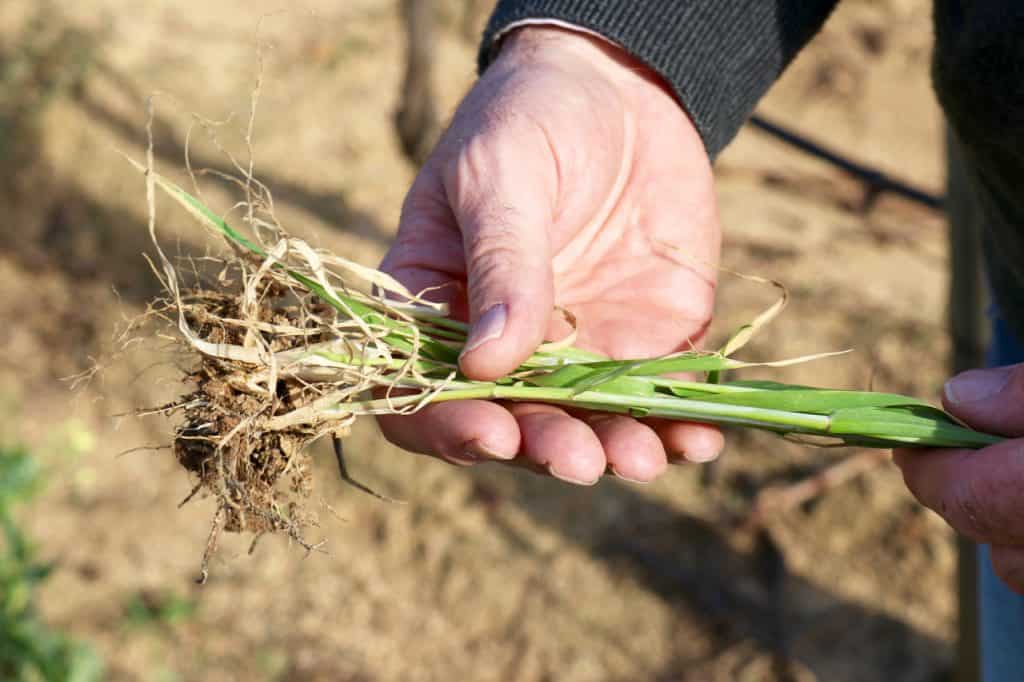 “Our worth,” says the Estate’s General Manager, Jean Naude, “is our tradition. The quality of every wine must be guaranteed. That’s the essence on which a brand like this stands. If we produced a mediocre bottle it would amount to an abuse, a waste, of the years of accumulated history.” 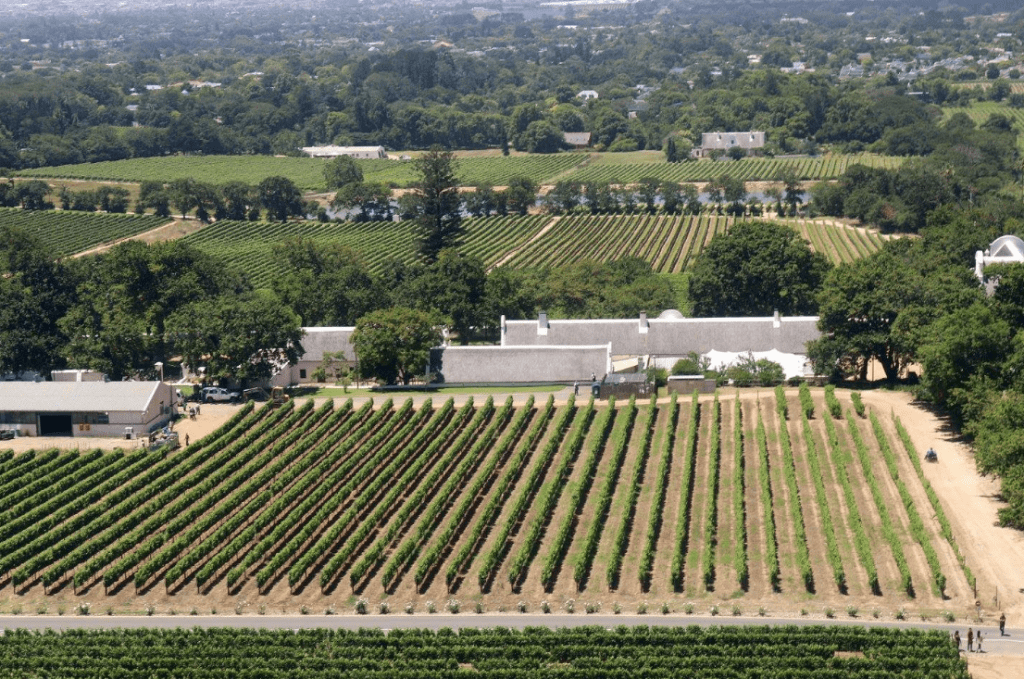 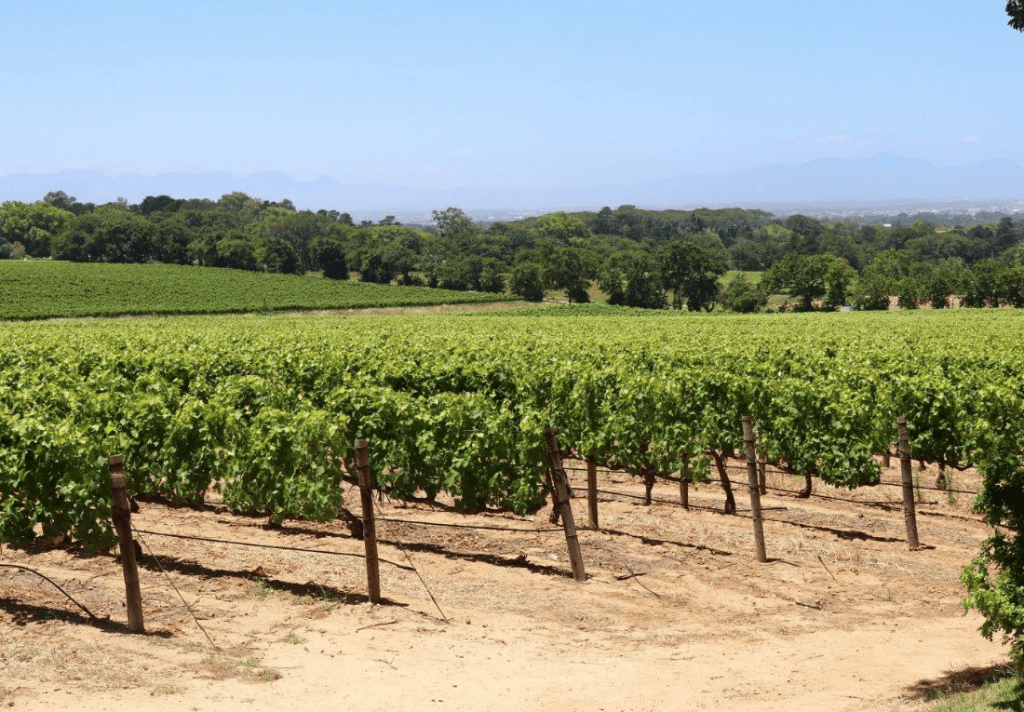 More than producers of fine wine and custodians of a significant heritage property, Groot Constantia takes pride in the impressive eco-values that it is committed to, and as WWF SA celebrates 50 years of environmental achievements, Groot Constantia aligns its sustainability efforts to them. Striving for a sustainable and equitable future for all.

The WWF Conservation Champions Program is only officially recognised after an estate meets rigorous conservation criteria and as part of the Biodiversity and Wine Initiative.

As per WWF SA, ‘95% of SA’s winegrowing takes place in the Cape Winelands. Yet, this vast area under vines is also home to two global biodiversity hotspots; the succulent Karoo and the Cape Floral Kingdom. Both these areas are unique habitats found nowhere else in the world. Previously called the Biodiversity and Wine Initiative (BWI), in 2004 a conservation study was done to look at natural vegetation under threat from agricultural expansion (especially in the wine industry), which lead to a conflict between the conservation sector and wine industry.’

In 2005 the BWI was born, a unique and powerful partnership between the conservation sector and the wine industry that recognises that wine farmers are the custodians of the land and only they can ensure that the natural areas are protected and that they minimise their impact on the environment by using sustainable practices in wine production.

By 2016, WWF had shifted its focus to working with the environmental leaders in the SA wine industry, appropriately labelling them Conservation Champions. These champions have to adhere to a rigorous criterion and long-term conservation commitment and have legal agreements with WWF.

As part of their conservation championing process, Groot Constantia has increased all of their efforts and today is leading the way in sustainable Winemaking. 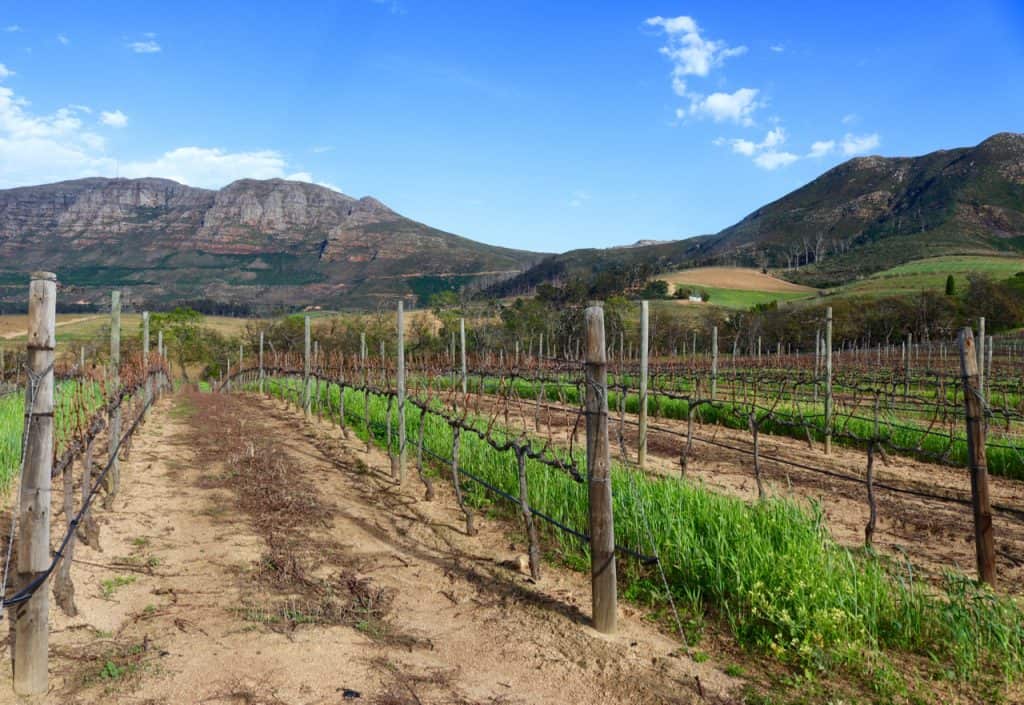 Visit Groot Constantia for a tour and tasting

Groot Constantia as a world-class stand-alone destination offers guided cellar tours, wine tasting, beautiful restaurants, an art gallery and a gift shop. Not to mention the exceptional grounds with mature trees in which to wander. In addition, the new Visitors Route offers a self-guided route of the wine estate, including:

Groot Constantia is noted particularly for its production of high-quality red wines, including Shiraz, Merlot and blended red Gouverneurs Reserve. In 2003 the estate began production of a Constantia dessert wine, called Grand Constance, which reached international fame. My favourite is the limited production Method Cap Classique Brut Rose, only available from the farm. 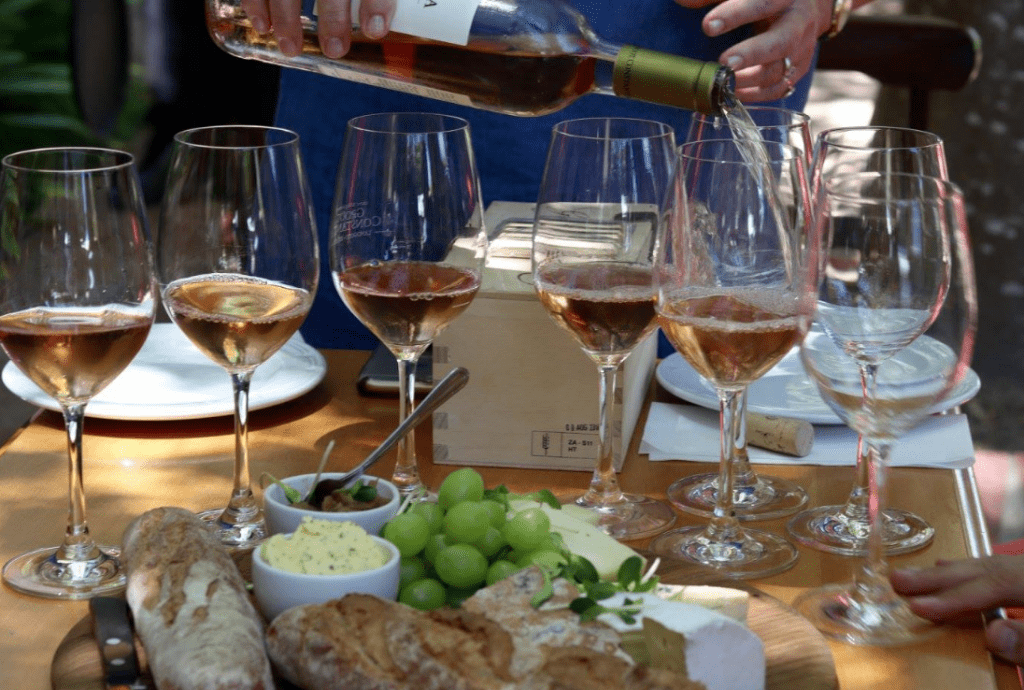 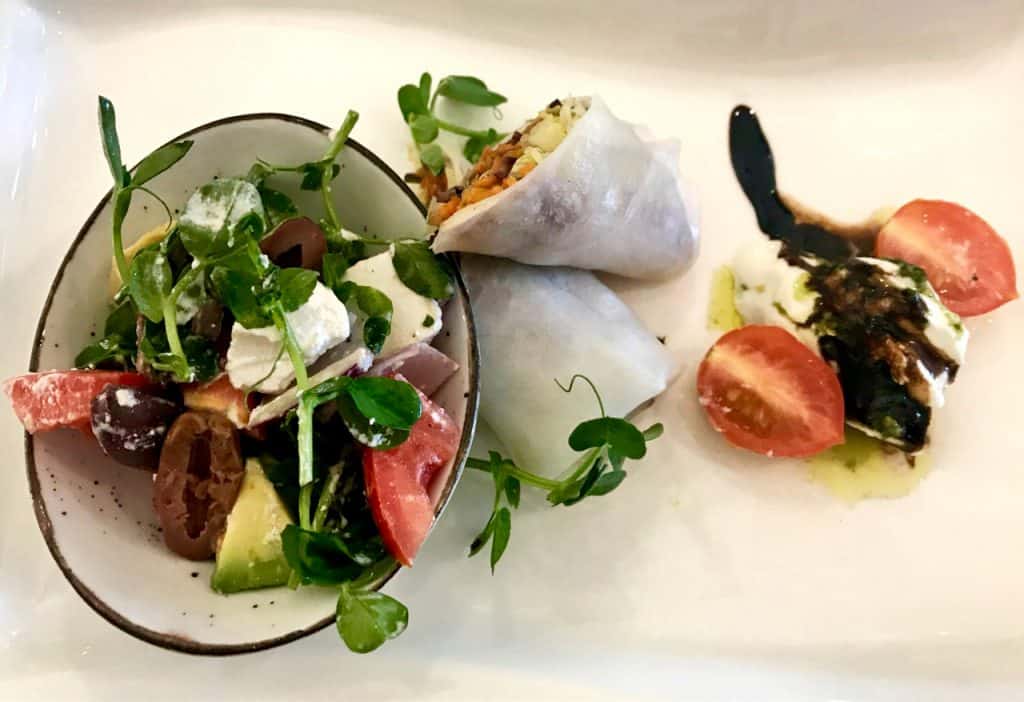 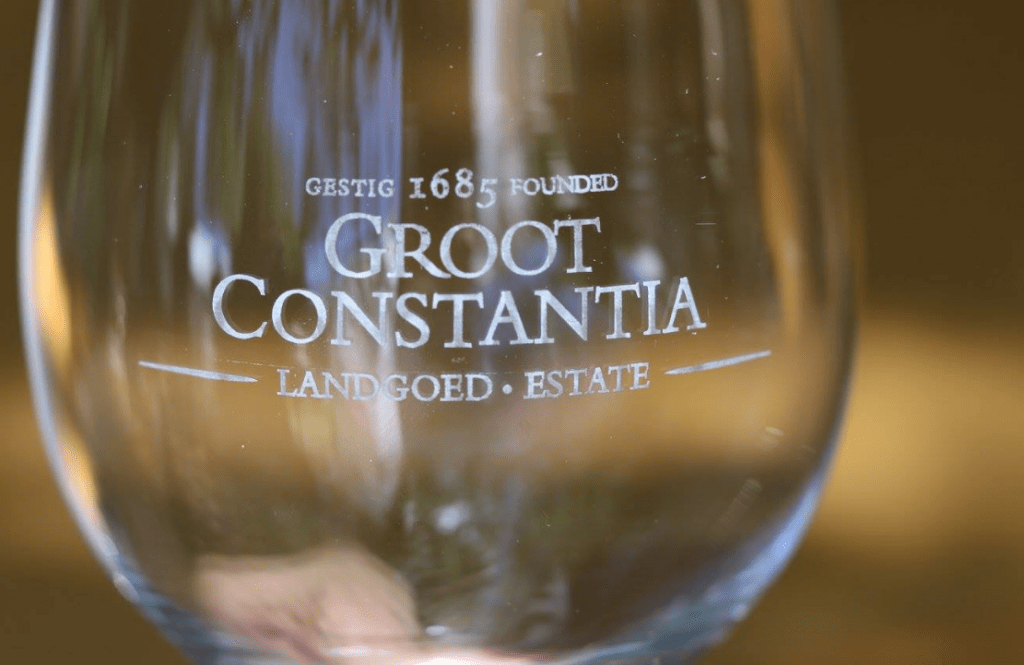 On my recent visit, after a linger in the tree-lined avenue I head out, passing numerous people casually enjoying walks on the farm as I do. This feeds into the fact that Groot Constantia is part of the city’s heritage and all are welcome to respectably enjoy it. Further evidence of the heartfelt connection that the historic estate sustainably nurtures with their adjoining community. 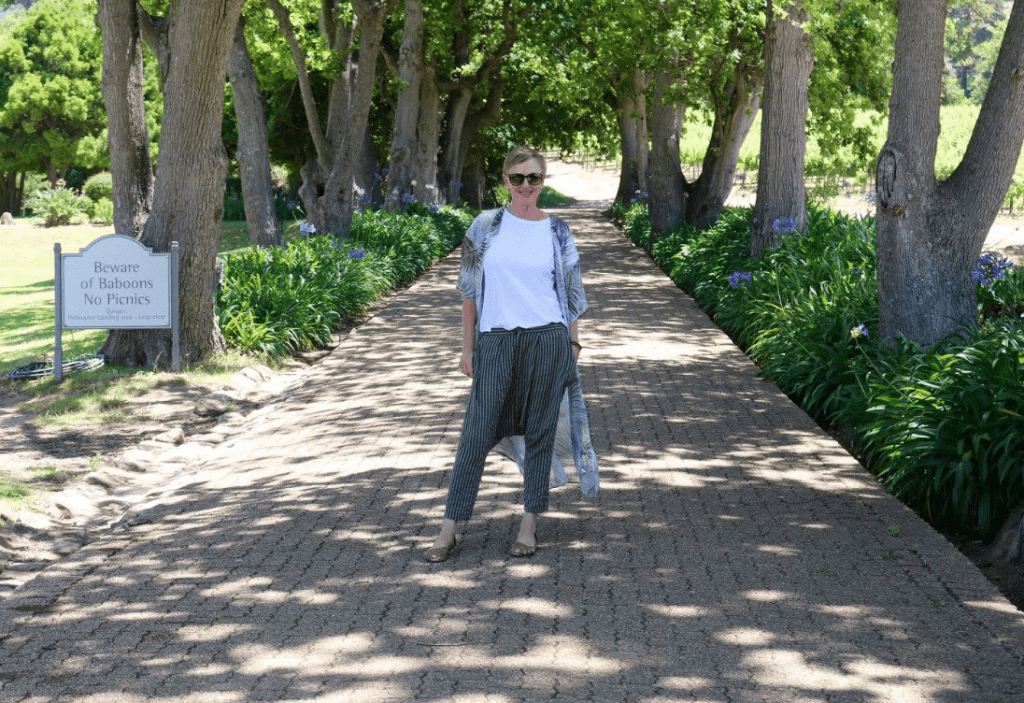 Groot Constantia truly is an exceptional place and I most am grateful to have reconnected with it and to have learnt more about their admirable green living ethos from the inspiring team of custodians.

For more information on Groot Constantia and what they offer their visitors, take a look at their website or contact them at info@constantiawineroute.com. For media queries, connect with Lila Jutzen at lila.jutzen@grootconstantia.co.za. Don’t forget to join the wine club when you visit the farm for a tour and tasting. 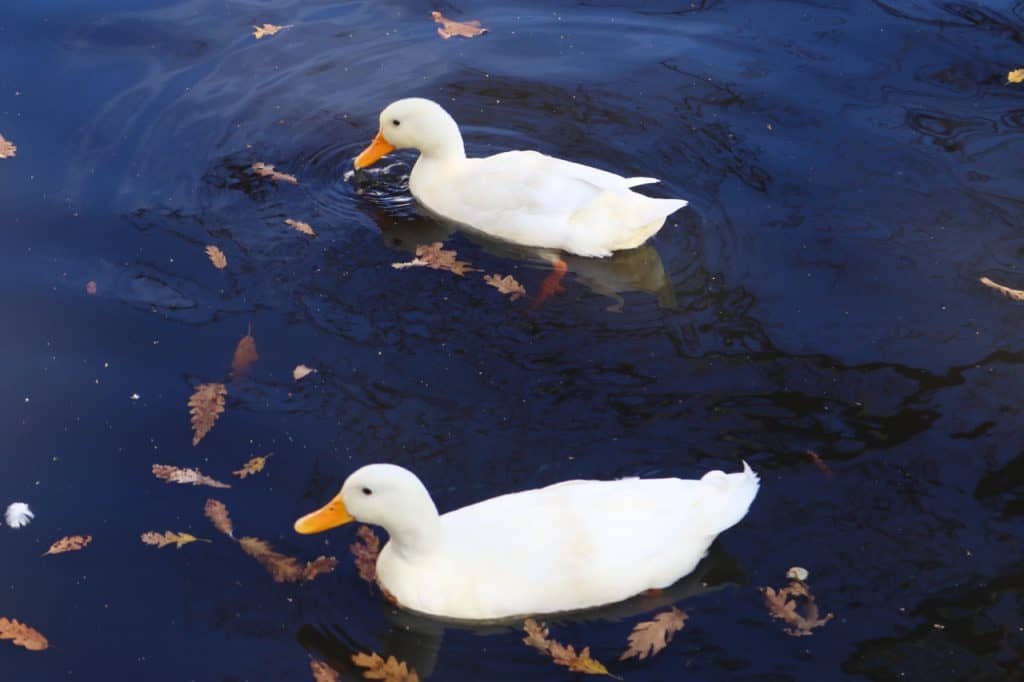 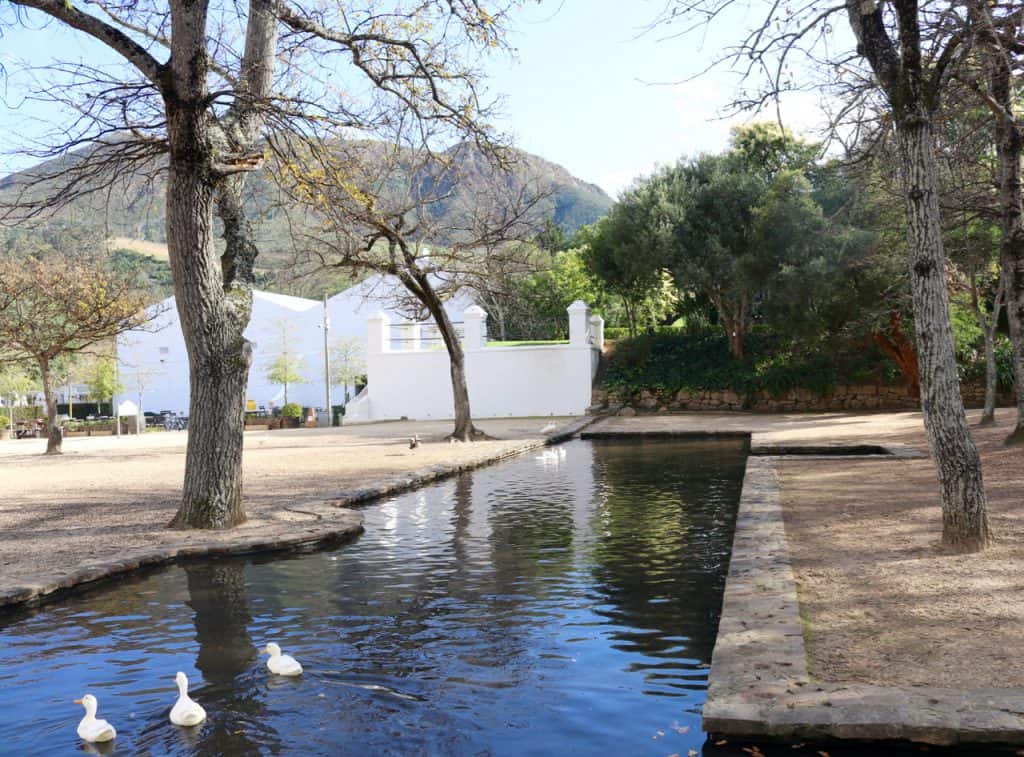 ** Thank you to Fusion Design for making this post possible, for setting up the appointments and for all the help with the information provided. Food and wine tasting pics from my visit to Groot Constantia in December.

Written and photographed by Dawn Jorgensen http://theincidentaltourist.com/
Dawn Jorgensen is The incidental Tourist, a conscious traveller with a deep love for Africa, its people and the environment. She is an acclaimed international travel writer, photographer and content creator for travel websites and destination marketing campaigns with tourism bodies. She shares her adventure filled experiences as travel writer, beauty seeker and earth advocate.