Four trailblazers of the South African wine industry were honoured on Tuesday 2 February 2021 during the industry’s annual Wine Harvest Commemorative event. The event, presented for the 10th time this year at the historic Groot Constantia Wine Estate in Cape Town, took place virtually.

Dr Ernest Messina, Chairman of Groot Constantia, said in his opening speech that commemoration means we should “relive, review and renew” the story of the South African wine industry. According to Messina, the full story of the industry needs to be told to more people to address and turn around ignorance, as well as contribute to a more representative future for the industry. “In this way, everyone who has helped and continues to help shape and build the industry will be acknowledged, valued, heard and seen.”

This year, the Board of Groot Constantia introduced three new awards as part of the Wine Harvest Commemorative event to enable wider recognition. These awards cover the categories Diversity and Transformation, Wine Appreciation and Wine Advancement, as well as Viticulture and Wine Creation.

Stellenbosch wine legend Beyers Truter, known worldwide as the King of Pinotage, was honoured with the iconic 1659 Award for Visionary Leadership. The criteria for individuals or organisations to qualify for this prestigious award include demonstrable efforts and initiatives that have benefited the South African wine industry; a lasting impact and legacy; and to encourage and inspire others in the industry.

As winemaker, wine personality and owner of Beyerskloof, Truter has done all of this as part of his mission to have the South African Pinotage variety internationally recognised as a premium red wine. In 1979, Truter obtained a degree in BSc Agriculture with oenology and viticulture at Stellenbosch University. At the age of 25, he became the winemaker of Kanonkop, establishing the brand worldwide with numerous awards, including the prestigious Chateau Pichon Longueville Comtesse de Lalande Trophy for the world’s best red blend with his iconic Paul Sauer 1991 Bordeaux blend. He also won the Robert Mondavi Trophy at the International Wine and Spirits Competition in 1991 for Best Winemaker in the World. Truter also is the founder and chairman of the Pinotage Association.

As a true wine legend who has placed Pinotage on the world map, Truter is a commendable recipient of the 1659 Visionary Leadership Award. The previous winners since the event was hosted at Groot Constantia are Jan Boland Coetzee, Prof Piet Goussard, the Unsung Wineworkers, Charles Back, Danie de Wet, Norma Ratcliffe, Jan Scannell, Dave Hughes and Spatz Sperling.

Award-winning pioneer winemaker Ntsiki Biyela from Stellenbosch received the Diversity and Transformation Award. The criteria for this award include paving the way for others by eliminating barriers; setting an example and inspiring others; contributing to knowledge that others can use; and having an overall influence on the image of the South African wine industry.

Biyela grew up in Mahlabathini, Kwazulu-Natal. After Matric, she worked as a domestic worker before receiving a scholarship to study at Stellenbosch University, where she obtained a BSc in Agriculture (Viticulture and Oenology) in 2003. After 13 years as winemaker at Stellekaya Wines, she started Aslina Wines. Biyela also worked in Bordeaux and was invited to make a wine for the Winemakers Collection – an opportunity afforded only to a handful of winemakers from around the world. She was named Landbouweekblad‘s Woman Winemaker of the Year in 2009 and one of Fortune Magazine’s Top 20 Most Innovative Women in Food and Drinks in 2017. Her wines boast numerous awards, including gold medals from the Michelangelo Wine and Spirits Awards, as well as gold from the Sakura Awards in Japan. Biyela also is a highly regarded wine judge and a board member of the Pinotage Youth Development Academy.

Renowned wine expert Michael Fridjhon from Johannesburg was named the winner of the Wine Appreciation and Wine Advancement Award. The criteria for this award include noticeable contributions towards the image of wine and its responsible use, as well as building the image of the South African wine industry as a whole through their sphere of influence.

Fridjhon has over four decades of experience in the industry and is one of South Africa’s most highly regarded international wine judges. He is one of the country’s leading wine writers, involved in more than 40 wine books, and known for the Wine Wizard website. Fridjhon has chaired the Old Mutual Trophy Wine Show since 2002 and the Old Mutual Trophy Spirits Show since 2019. He was the first international co-chair of the International Wine Challenge and is a former chair of the Six Nations Challenge. He is Visiting Professor of Wine Business at the University of Cape Town where he also directs the Wine Judging Academy. Fridjhon was named the Louis Roederer International Wine Columnist of the Year in 2012, one of his many honours.

Johan Reyneke, South African pioneer of organic and biodynamic winemaking from Stellenbosch, was honoured with the Viticulture and Wine Creation Award. The criteria for this award include the development of new ideas, technologies and methods within the wine-making industry, implementation and transfer thereof, changing mindsets, and benefitting the South African wine industry in general.

Reyneke was a postgraduate student in environmental ethics at Stellenbosch University when he took over farming from his mother on their family farm Uitzicht in the Polkadraai hills. His experience in the vineyard together with the insights he gained during his studies, led him to start farming in a more environmentally friendly way. He converted the farm to organic in 2000 and established it as one of the first internationally certified organic and biodynamic vineyards in South Africa. Reyneke Wines was one of the first organic wineries in South Africa to receive a five-star rating in Platter’s Wine Guide. In 2020, UK wine writer Tim Atkin named Reyneke as Grower of the Year in his report on South Africa.

The Wine Harvest Commemorative event is made possible by the financial support and partnerships of Groot Constantia Estate, Die Burger, Standard Bank, Vinpro and the TOPS at SPAR Wine Show. The virtual event is still available on the website www.sawineharvest.co.za and is open to all. The programme includes performances by the internationally acclaimed opera singers and sisters Pretty Yende and Nombulelo Yende. For any inquiries, contact Razelle Galant at razelle@agriexpo.co.za or 021 975 4440.

Join the conversation with #sawineharvest2021 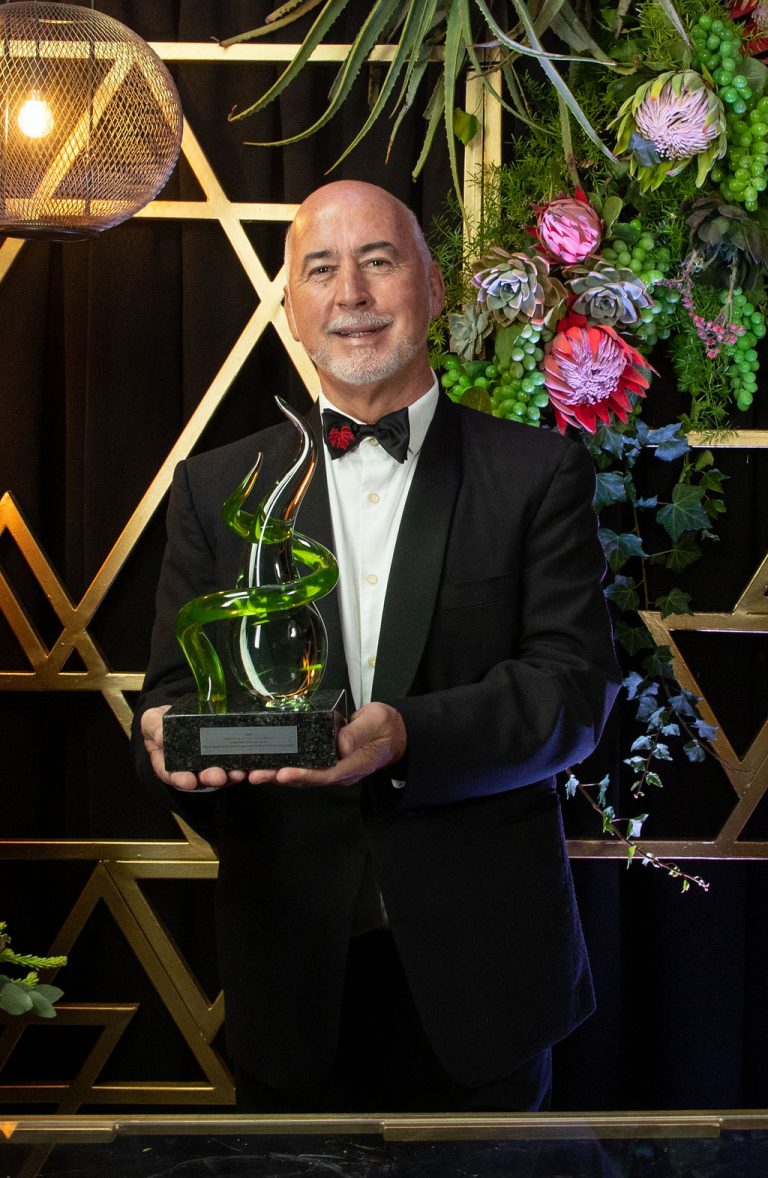 Beyers Truter, recipient of the 1659 Award for Visionary Leadership. 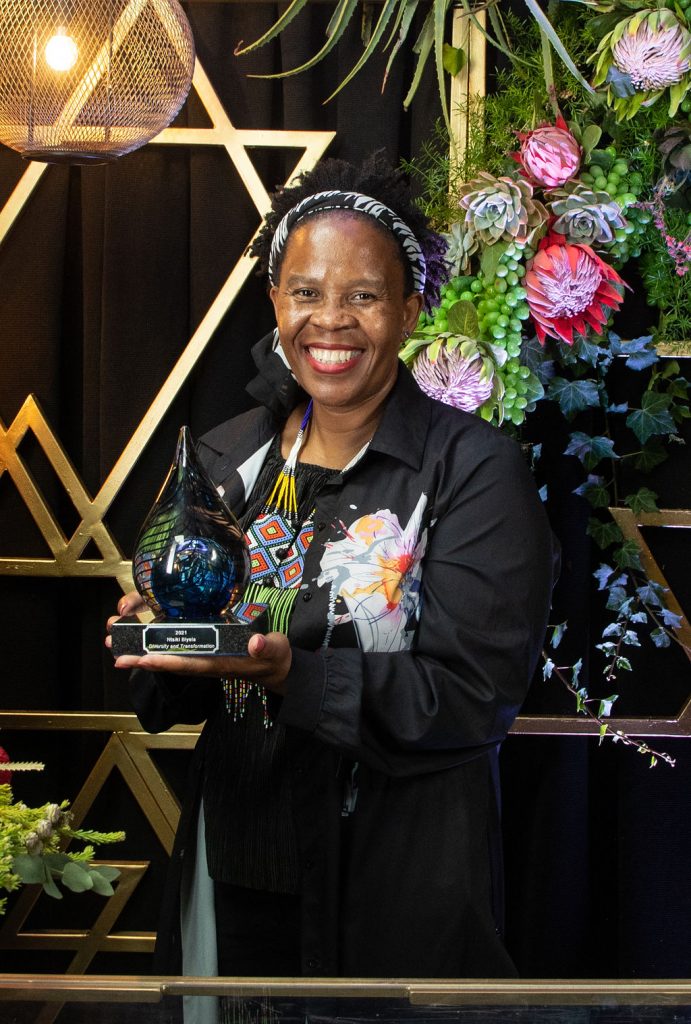 Ntsiki Biyela, recipient of the Diversity and Transformation Award. 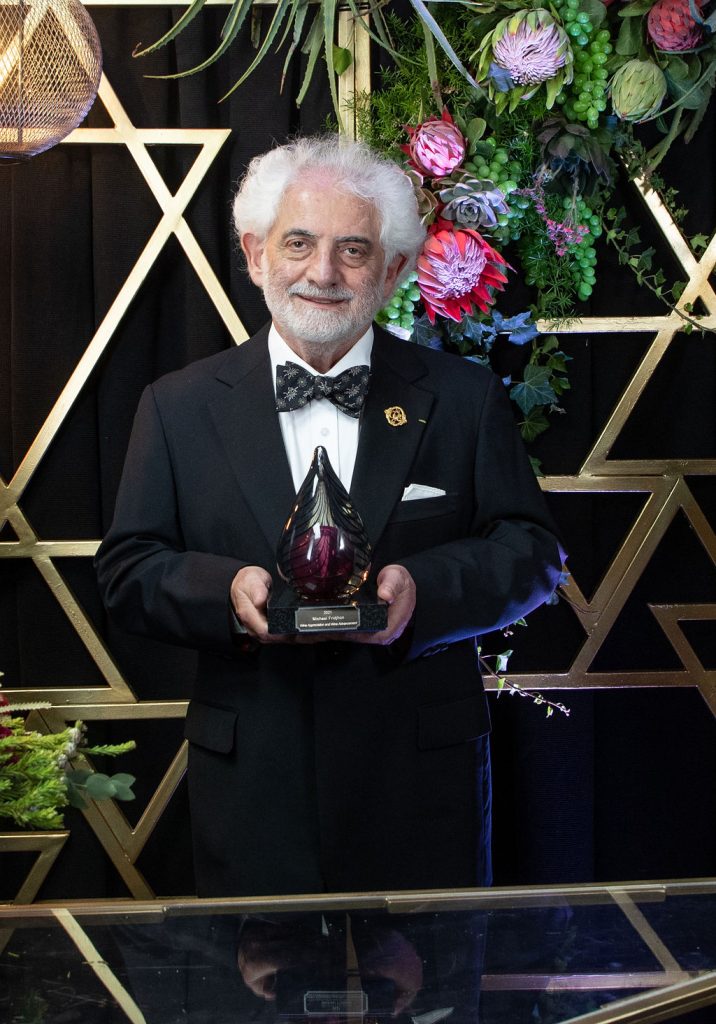 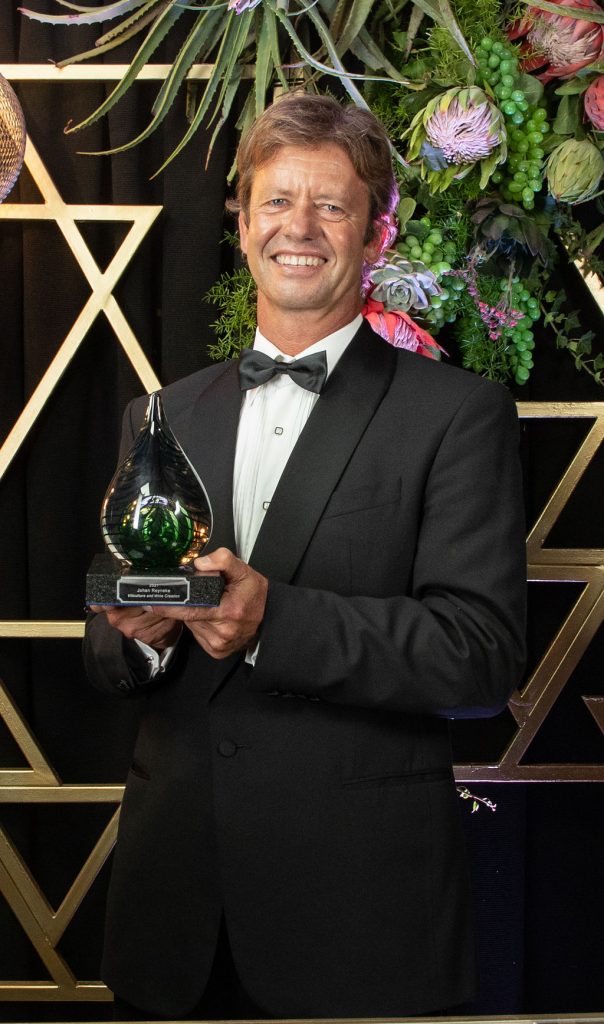 Johan Reyneke, recipient of the Viticulture and Wine Creation Award.

Getting Closer to Nature: And Other Reasons To Visit Groot Constantia

We use cookies on our website to give you the most relevant experience by remembering your preferences and repeat visits. By clicking “Accept”, you consent to the use of ALL the cookies.
Do not sell my personal information.
Cookie SettingsAccept
Manage consent